This fortune 500 company had a manufacturing facility with sensitive air movement requirements, while having challenging heat stress problems for both workers and product manufacturing. A total of 221,000sf of PCM mats suppled by Insolcorp was installed to the underside of existing metal roof deck.
PROBLEM:

In July 2015, the factory took hourly temperature readings at the worker level at the worst part of th plant, showing a peak of 106oF. After PCM was installed, that peak was reduced by over 15oF 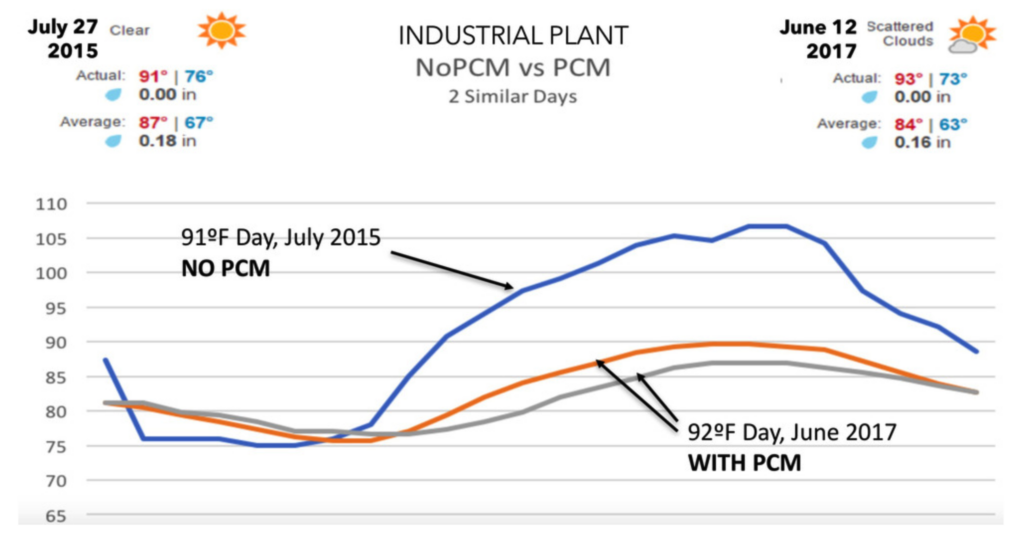 During the installation process, thermal imagery was taken to show the difference in roof deck temperatures on a mild spring day when roof temperatures were already exceeding 95ºF.

The red area denotes where NO PCM had been installed and ceiling temperatures exceeded 90ºF. The green area shows the PCM install extent at the time, where it stayed a steady 78ºF (The same temperature the PCM is designed to freeze/melt at). 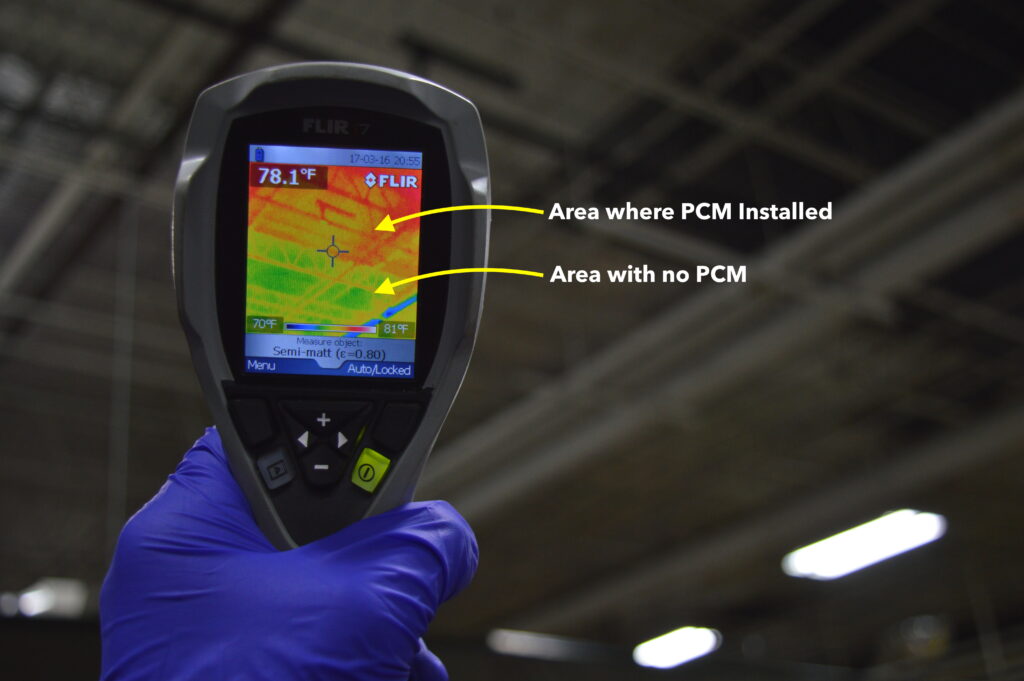 Hourly temperatures at worker level were also taken at a secondary factory with same production process within 4 hours of the first install over the summer of 2017. The second factory selected was less than 1/3rd the size of the factory using PCM. Therefore exhibiting less internal loads due to lower machinery and production processes. The results showed strong average reductions and significant peak reductions. 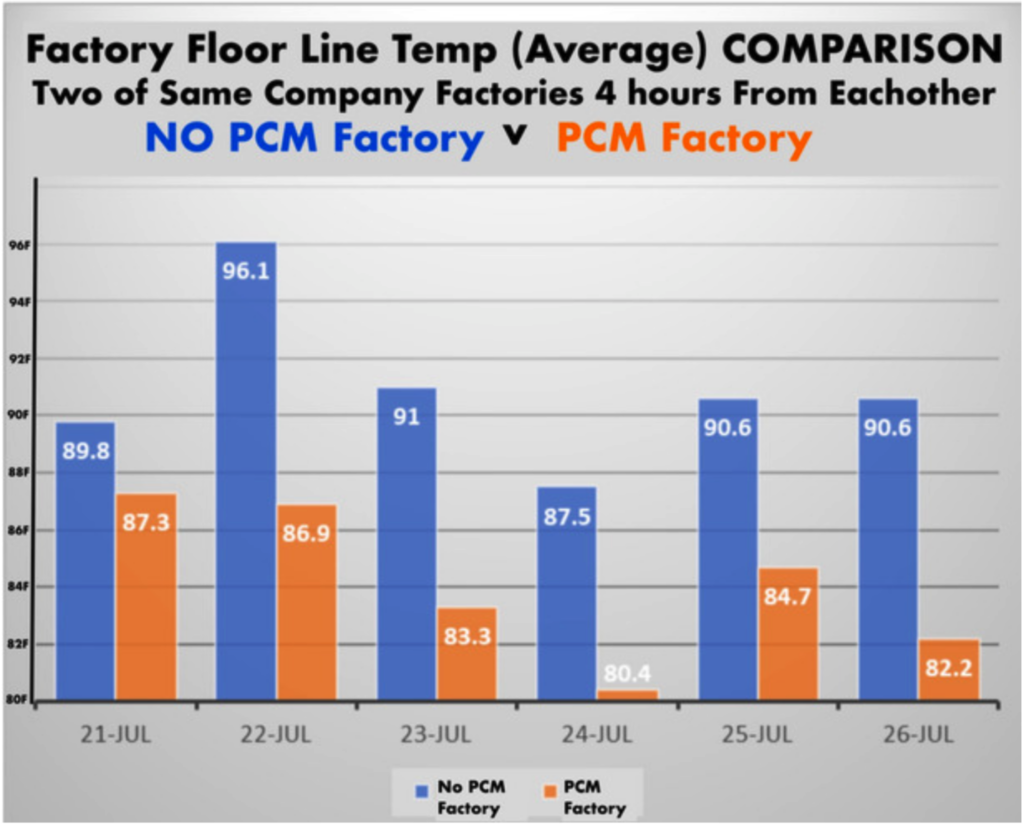 The second factory used for baseline comparison above, then installed PCM in September 2017. These results paved the way for a further 2 factories that have since installed PCM.